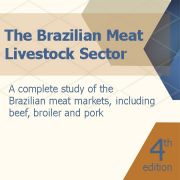 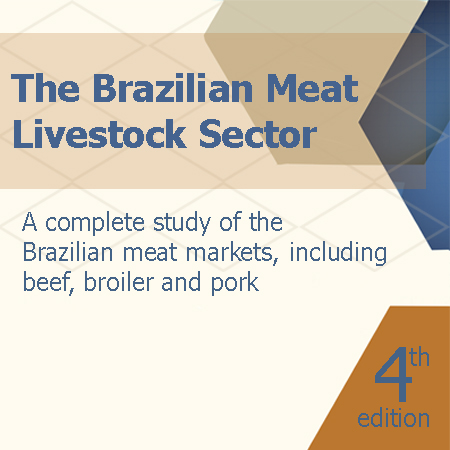 While Brazil has a reputation for beef production, poultry exports now lead in meat protein exports. The competitive edge lies in the relatively low production costs of important raw materials – corn and soybean meal – and the well-developed integrated farming systems in place. Furthermore, the population consumes a large portion – some 70% - of poultry meats, a critical factor when equating global crises as seen in 2008 and 2009. Nurturing this meat demand on the domestic side is the fact that Brazil’s disposable income level has been increasing, and consequently, has shown strong signs of the growing meat protein demand. On the industry side, consolidation has been the prime word. With this in mind, this report will also cover the implications of industry concentration on the supply side of the chain. The situation of second tier players will also be addressed in this effort.

Different from the beef and poultry meat segments, Brazilian pork consumption has been rather static over the past 10 years. Three companies are concentrating efforts on processed products for the domestic market and special cuts for the export market. Exports out of Brazil improved at the end of 2014 due to a Russian embargo on pork imports from the USA and the reopening of the South African market. With the high prices for beef in the local market, in late 2014 and early 2015, the local market has shown solid signs of recovery.

This will be the 4th edition of the Brazilian Meat & Livestock Report. The report is currently under development and will be delivered to clients in mid-July 2015.